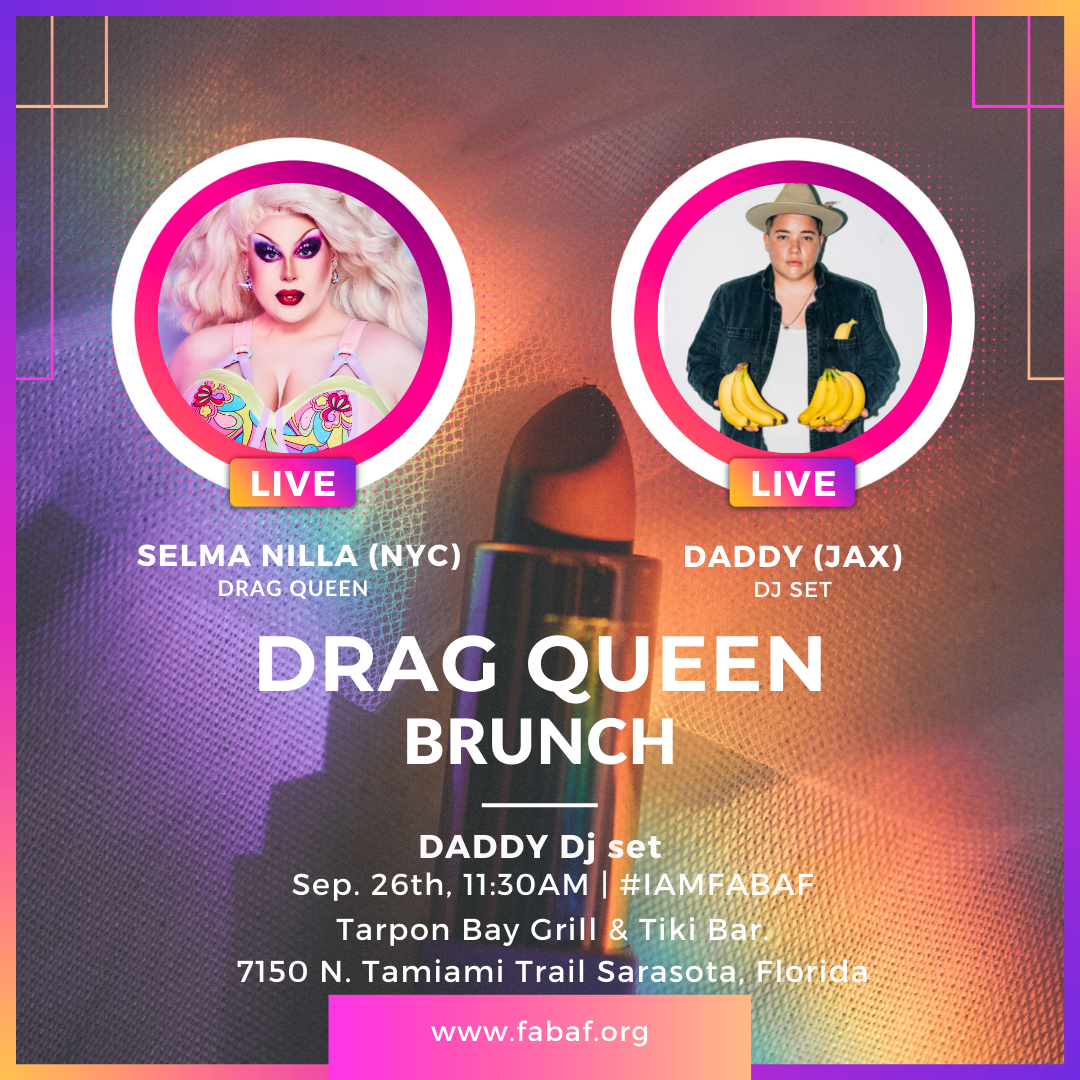 Who’s ready to have Selma Nilla with their omelette? Join Selma Nilla for a sickening brunch you don’t want to miss! A show full of laughs, entertainment, games and booze! You have one chance to catch Selma live at

Selma Nilla is a New York City based Drag Queen known for her winning appearance on the Netflix series Nailed It! Some of Selma’s work can be featured in Vogue, W Magazine, and, most recently, Cosmopolitan. From styling wigs on Broadway to performing on stages all around New York, Selma is excited to be back twirling in Sarasota where her drag career started!