Exploring a conversation with creatives about what their process looks like with mental health. Music can be utilized to regulate mood. Because of its rhythmic and repetitive aspects, music engages the neocortex of our brain, which calms us and reduces impulsivity. We often utilize music to match or alter our mood. While there are benefits to matching music to our mood, it can potentially keep us stuck in a depressive, angry or anxious state. This panel discussion will help us see how each artist navigates their mental health, while inspiring the world.

In Partnership with Modern Marimba 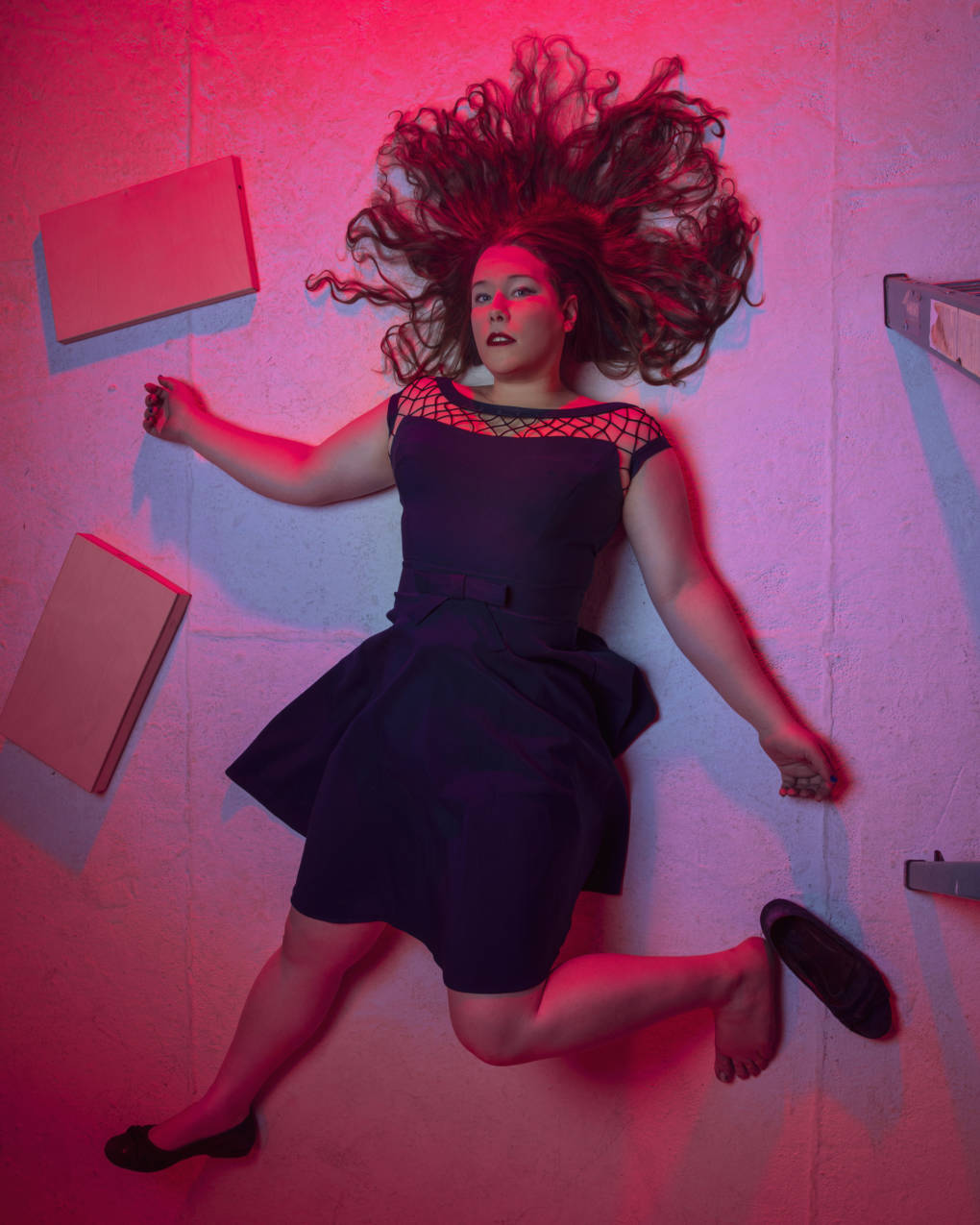 Lucia Lucus is an International Singer of primarily Opera, but also creates her own content through music, video, and writing. She performs on the biggest Opera House stages in the world, as well as art festivals and one-woman shows.

She often performs in Germany and the US. https://www.instagram.com/lucialucas.de/

Spectrum Ensemble is music group based in Denton, Texas, striving to increase visibility of talented Queer musicians and composers.

We commission new works by Queer composers and perform those works, alongside works of famous Queer composers throughout history, in the Dallas/Fort Worth area and around the country. https://www.instagram.com/spectrumensemble/ 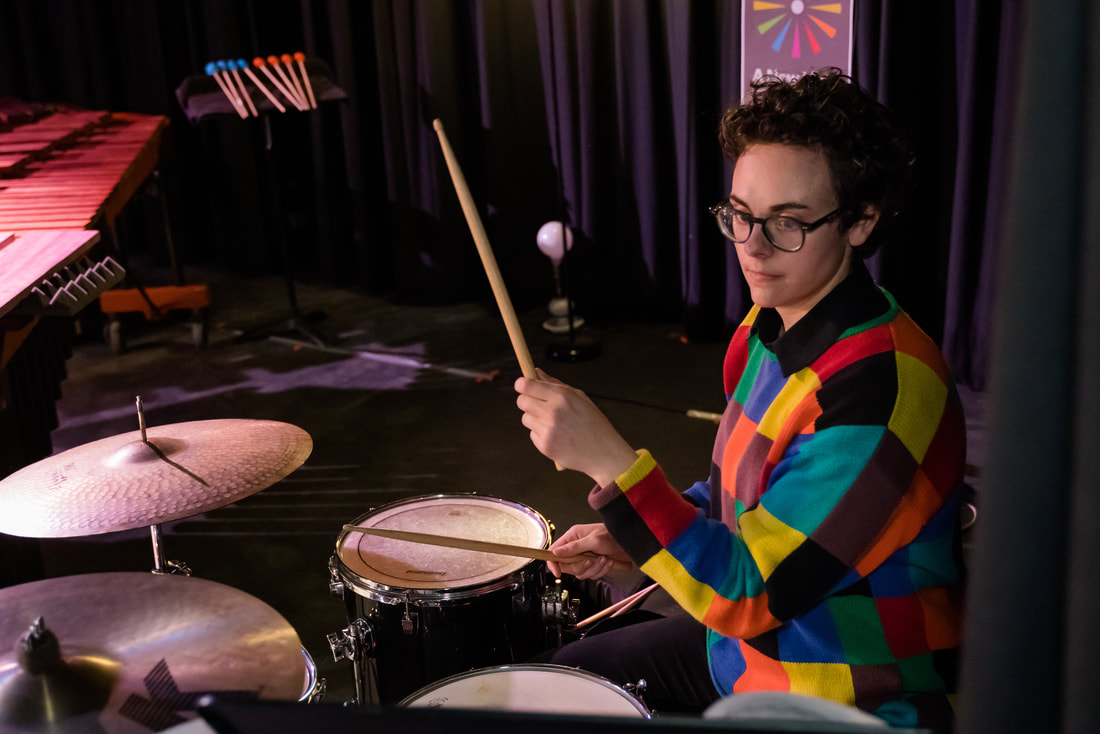 Jaime Esposito | Co-Founder is a percussion performer and educator based out of Dallas, Texas. In 2018, Jaime co-founded Spectrum Ensemble, a non-profit organization dedicated to highlighting talented LGBTQA+ composers and performers. The ensemble commissions and performs new music by Queer composers, raises funds for LGBTQA+ causes, and advocates for marginalized members of the music community.

As a performer, Esposito was an artist with the International Lyric Academy in Italy during the summer of 2018. Additionally, in the summer of 2015, they were invited to the United Kingdom to perform with the prestigious Britten-Pears Festival Orchestra. Domestically, Jaime has been an artist with the World Percussion Group and Heartland Marimba collective, where they performed concerts and offered coaching sessions to students across the country. Esposito frequently plays with the Las Colinas Symphony Orchestra, Texarkana Symphony, Allen Symphony, Abilene Philharmonic, and Dallas Chamber Winds.

As an educator, Esposito currently serves as a private lessons instructor and front ensemble tech at LD Bell High School in Hurst, Texas. Additionally, Jaime has taught as an adjunct professor at North Texas Central College, front ensemble tech for the Vigilantes Indoor Percussion Ensemble, sectional coach for the Fort Worth Youth Symphony, and drumline instructor at the Culver Military Academy.

As a graduate student at the University of North Texas, they held responsibilities teaching primary lessons to undergraduate percussion students, teaching the Freshman Percussion Ensemble, as served as a Graduate Teaching Fellow and Office Assistant for Mark Ford.

Jaime currently lives in Denton, Texas with their partner Isabelle and children Hodge and Elzora https://www.instagram.com/jaime_espo/ 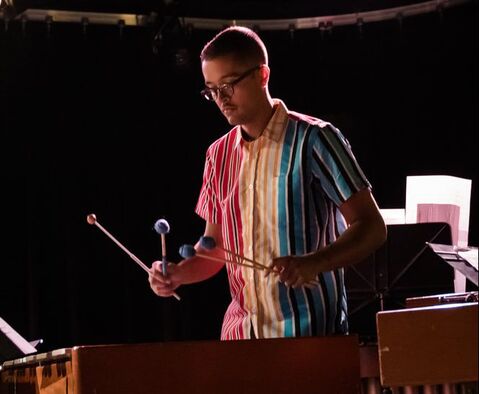 Originally from Chicago, IL, Stephen Hall is a marimba player, percussionist, composer, music educator, and advocate for equity in music and society at large. They are a co-founder of Spectrum Ensemble, where he focuses on promoting LGBTQ+ representation and visibility in music, building community among Queer artists, and fundraising and other social justice work.

Stephen’s works and arrangements have been featured on concerts at Northwestern University and San Francisco Conservatory, Southern California Marimba, the ChamberQUEER Festival, the Church of the Friendly Ghost New Music festival, Modern Marimba, the Oh My Ears New Music Festival, the Lift Music Fund, and the Kontrapunktus Chamber Orchestra.

Stephen has participated in music competitions around the world, receiving first prize in the Percussive Arts Society International Marimba Competition and the Drum Corps International Individual and Ensemble Competition.

As an educator, Stephen currently teaches percussion at South Pointe Middle School in Walnut, CA. They is also a front ensemble technician at the Santa Clara Vanguard Cadets Drum and Bugle Corps, as well as at Pasadena City College. They also maintains a studio of private percussion students.

In addition to their work with Spectrum Ensemble, Stephen is also an active advocate for antiracism and equity in general. They recently was part of the Percussive Arts Society’s panel discussion on diversity and equity in new/experimental percussion music, and was on a panel for the San Francisco Center for New Music on Queer and Trans voices. They was also a presenter for Inspire Choir for Unity’s recent webinar on creating affirming spaces in music for LGBTQ+ musicians. Stephen is a member of New Music Equity Action, a group of musicians, composers, administrators, and artists in the New Music scene who are coming together to collective take action to dismantle white supremacy in music. 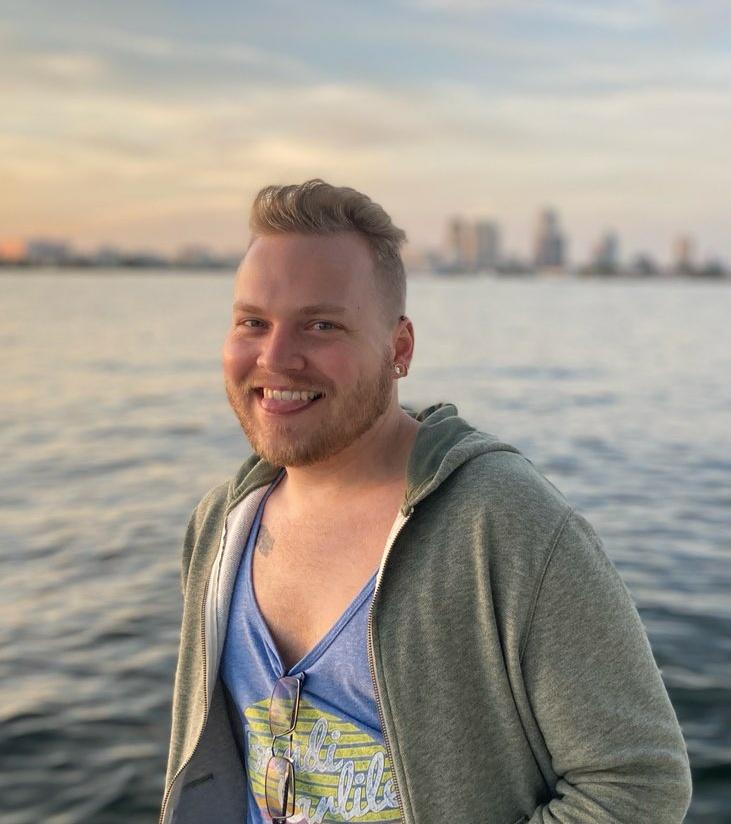 Born and raised in St.Pete, USF Grad with a BA in History. I’ve been with ASI/Progressive Home for 5 years, and I lead an active, independent lifestyle of biking, kayaking, frisbee, and record shopping. I’ve been writing music and playing guitar since I was 15, and my passion for singing and lyricism have helped me deal with my mental health and anxiety.

Art, film, and band submissions.Get Updates! Join our HMFS newsletter         We are looking for committee members and volunteers, there are lots of opportunities to join the fun. We are an  Arts & Advocacy organization with lots of opportunity...