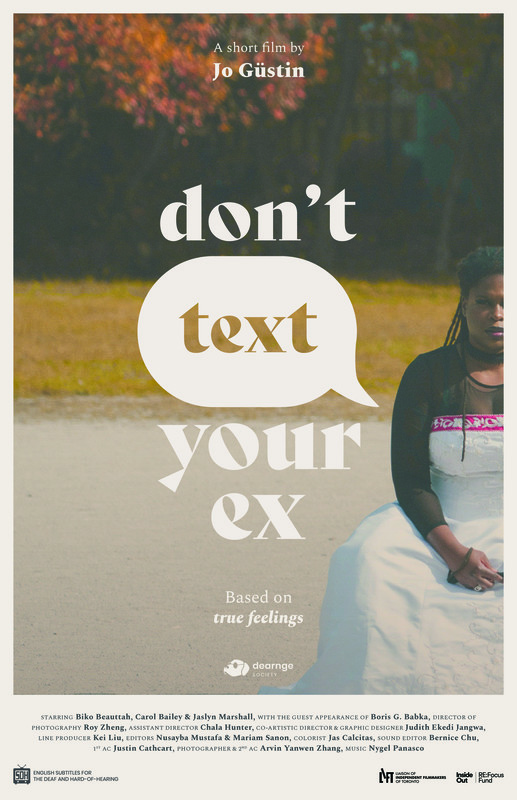 Surviving a global pandemic being queer, cute, and still in love with your ex. 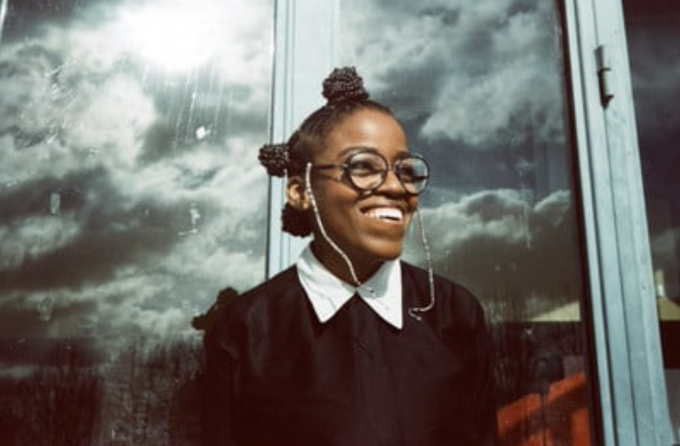 After arriving in Canada in 2019, the Toronto-based artivist realized that as a queer Black woman, she belonged nowhere. She wants all the racialized queerdos around the world feeling the same to find in her productions a place to call home. That is why in 2020, she launched the creative production company DEARNGE SOCIETY. Among its first productions, there’s a podcast (Contes et légendes du Queeristan – OUT d’Or 2021 in the category Digital Revelation) and a short film (Don’t Text Your Ex) premiering on February 14th, 2022 at Massimadi Festival.
Lastly, Jo Güstin wrote the highly acclaimed episode “12H : Le Cri défendu” of the pan-European feminist TV manifesto H24. Clearly, this girl is not on earth, not on water, she’s on fire.

When the pandemic hit, I received an email from the Liaison of Independent Filmmakers of Toronto (LIFT) saying that I was selected for the LIFT Newcomer Filmmentorship Programme. But the film project I had applied with was to be shot in Cameroon, so I needed a plan B: “I’m isolated in this new country for who knows how long… The world is ending… I wonder how my ex is doing, should I text her?”

“You should write the movie that you want to watch.” Jordan Peele

I remembered the time when we had just broken up, how I thought I was going to die. All I wanted to do was watch testimonials of old couples from around the world describing how they had first broken up and how they managed to get back together and live happily ever after. The unknown was scary, I didn’t want to meet anyone new, I wanted the person I already knew, I wanted us to at least be BFFs. My pain was entangled with the anger of living in an LBGTphobic society that makes queer romance dangerous and fragile.

This film aims to show how our brains trick us and how uniquely atrocious queer breakups can be. During quarantine, the temptation to get back together is so much bigger that this film has to be a PSA!