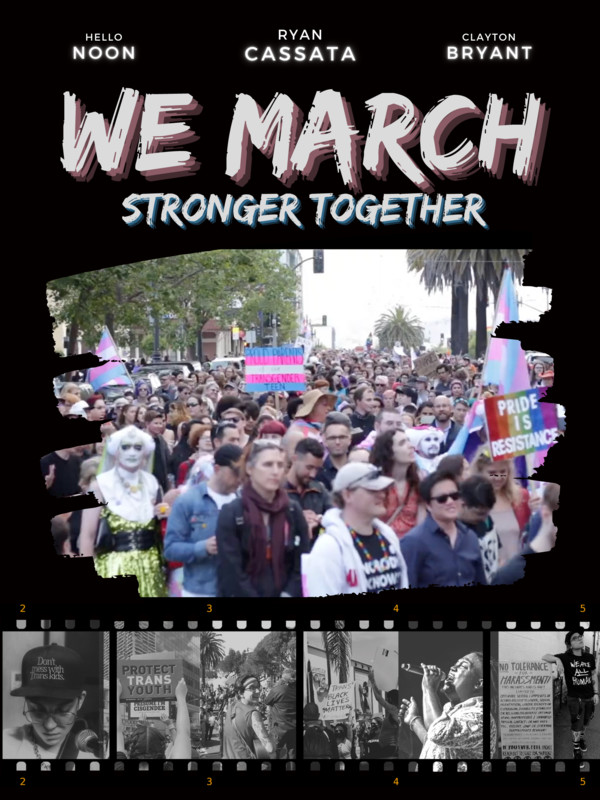 We March (Stronger Together)

We March (Stronger Together) is a protest song and music video inspired by an act of senseless homophobia and transphobia. Award-winning singer-songwriter and long-term transgender activist, Ryan Cassata leads the ballad with stories of his personal experience in fighting against oppression and violence while growing up trans. LA-based rock band Hello Noon come together with Ryan Cassata for incredible instrumentation including orchestral string arrangements. 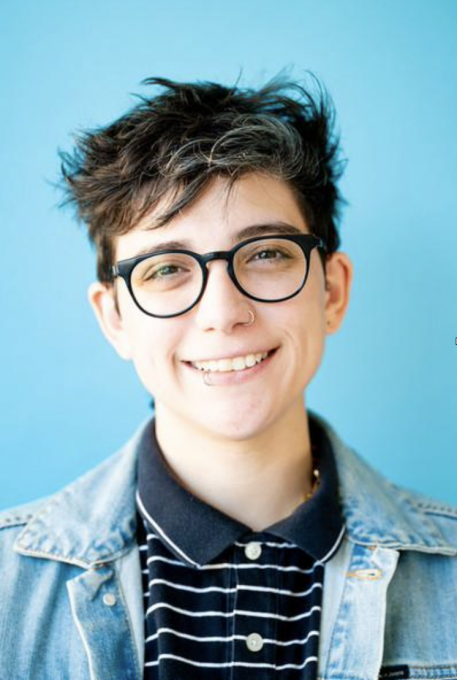 With over 600 performances nationwide and internationally and seven original and critically-acclaimed musical albums, Ryan is proud to be recognized as the first openly-trans performer at the Vans Warped Tour, in addition to featured performances at Jazz at Lincoln Center, The Oregon Shakespeare Festival’s Green Show, Global Pride and the world’s biggest pride festivals, and SXSW in Austin, Texas. Praised by The Advocate Magazine- Ryan has been praised as a “Transgender singing sensation.” Paper Magazine has also included Ryan on their “50 LGBTQ Musicians You Should Prioritize” list, and LOGO’s New Now Next included Ryan on the “9 Trans Musicians You Need To Get Into” list. Billboard Magazine has referred to Ryan as a “true force in the industry,” honoring him as one of the esteemed “11 Transgender & Non-Binary Musicians You Need to Know” while premiering his award-winning music video “Daughter,” garnering over 2M views on Youtube and 2M streams on Spotify. Ryan’s music has been featured on Sirius XM Radio, BBC Radio 4 and various other broadcast channels worldwide. Ryan Cassata is the proud recipient of The ASCAP Foundation 2019 Mariana and Paul Williams (President of ASCAP) “Sunlight of the Spirit” award, presented to an individual considered exemplary in recovery and music creativity for his song, “Jupiter.” Ryan’s self-written and self-produced album, Magic Miracle Mile, released October 2021, charted on the iTunes Alternative Charts.

Featured in the award-winning documentary film “Songs for Alexis,” Ryan was the focus of the film which screened at Frameline SF, Raindance in the UK, Toronto Hot Docs, DOC NYC and many more. Ryan co-starred in the indie film “Collective: Unconscious,” which premiered at SXSW, and received praise from Rolling Stone Magazine & The New York Times. Ryan was awarded with “Best Breakout Performance” award by the Victoria Independent Film Festival in 2016. Ryan has also been featured in several musical theatre productions including a workshop production at New York Stage & Film’s Powerhouse Theatre at Vassar. Ryan was a recurring guest-star on the Facebook show “Turnt,” and has appeared in several commercials and print ads. Cassata has modeled and enjoys work as an influencer for brands such as Lids, Bonobos, Lull, Lyft, HP, and was the official face of TomboyX’s Trans Pride Underwear line in 2019 which he modeled in The Style Section of The New York Times. Ryan Cassata starred as the character “Jalin” in the feature film “Two Eyes,” which debuted as the final, premier film Outfest 2020.

Beginning his work important work as an activist at age 13 after joining “The Safe Schools Team,” Ryan is most proud of being a trans advocate and public speaker in and around his hometown on Long Island, New York. Ryan is recognized as the youngest keynote speaker at the Philadelphia Trans Heath conference and continues to make appearances and speeches at countless Middle Schools, High Schools and Universities nationwide. Ryan is deeply passionate about sharing his story and teach students about the dangers of bullying. Ryan’s mission is to provide valuable informative information to communities to inspire greater inclusivity.

Ryan is the first ever recipient of the Harvey Milk Memorial Award, has been recognized by United States Congress, and has enjoyed many televised appearances on notable news channels such as CNN, The Larry King Live Show, and The Tyra Banks Show.

Committed to educating the global community through music, film, print, TV and in-person speeches, Ryan most enjoys shedding his optimism, light, positivity and experience of being a proud transgender man while highlighting the adversity he has faced throughout his journey. Ryan continues to share his inspiring message of hope and acceptance via his social media platforms and at venues across the nation.