Are you a business owner in Sarasota County? Join our program to support the LGBTQ+ community and encourage diversity and inclusivity today!

Other ways to support the efforts of the Harvey Milk Festival include becoming a sponsor, volunteer, or be a vendor at our May event!

See all the ways you can get involved!

What is the #wesupport campaign?

Harvey Milk Festival created the #Wesupport campaign in response to an emerging need in Sarasota, Fl. The #Wesupport campaign aims to educate and inform participants of the unique diversity issues faced by the LGBTQ+ community and their families. We provide local businesses with education materials and supplemental training to better understand and cater to its LGBTQ+ clientele. Harvey Milk Festival asks businesses to take the pledge, which serves as a commitment to creating a welcoming and inclusive workplace environment for both employees and patrons.

What does taking the pledge involve?

With a donation of $25-$200, businesses who take the pledge will receive a window decal to proudly display their support for the LGBTQ+ community and its allies. Businesses will also have employees take the LGBTQ+ Inclusion & Diversity training, led by one of our consultants. All businesses who take the pledge are required to take the training. HMF is able to provide this valuable training to smaller businesses thanks to a generous donation from Community Foundation of Sarasota County. For businesses larger than 10 employees or large organizations we can discuss rates for the training.

What does the Inclusion & Diversity training involve?

The #Wesupport training model will incorporate several modules including but not limited to: Frequently Asked Questions about the LGBTQ+ community, Identity, Pronouns, and Respectability, and Legal Rights. The #Wesupport Inclusion & Diversity training is interactive and designed for a group of employees.

This campaign intends to educate and empower participants to take a more active role in rejecting discrimination within their communities. 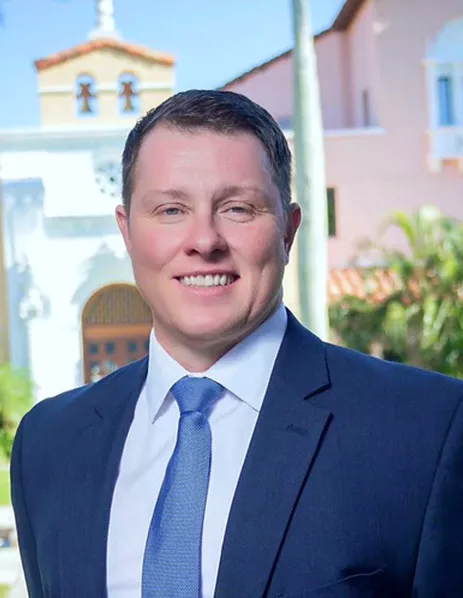 (he/him) Nathan Bruemmer is a Florida native who has worked as a consultant, educator and advocate for over twenty years. Most recently, he served as the Executive Director of ALSO Youth, an LGBTQ+ youth organization in Sarasota, Florida. Nathan is a graduate of Stetson University College of Law and the University of South Florida.
Nathan began his advocacy for LGBTQ+ equality in the late 1990’s with Equality Florida and GLSEN Tampa Bay while working at a public school teacher. Nathan’s personal experiences in the classrooms of Florida, both
as a student and as a teacher, are the impetus for his commitment to equality. But it is the resiliency of our next generation of LGBTQ+ youth who motivate him to continue the work. Nathan has been an active community organizer for decades. He currently serves on the Board of Directors for Equality Florida, St Pete Pride, and the TransAction Advisory Council since 2014. Nathan also serves on the Sarasota County Bar Association’s Council of Diversity and Inclusion as well as the Rainbow Housing Coalition, an organization searching for affordable housing solutions for LGBTQ+ seniors in the Tampa Bay area. Nathan has been honored for his dedication to equality including being selected by the
Tampa Bay Business Journal as an Outstanding Voice for the LGBTQ+ community in 2018 and 2017. Watermark Media, Florida’s leading LGBTQ+ publication, named him one of 2018’s Most Remarkable People. In 2016, Nathan was selected as the Andrew S. Cray Law Fellow with the National Center for Transgender Equality in Washington, DC.